This journal is Friends Only. if you want to be added, comment.
remember to check out my info first, and see if we have things in common.
i like friends who comment and/or update often. and who are not bashers.
I am a spoilerphobe.
I don't like to know anything about my fandoms.
To clarify, things like episode titles, trailers,guest stars, shooting photos,episode promo stills, they all count as spoilers.
Is that clear?It's very simple: I don't want to know anything.
SPOIL ME AND TEMPT THE WRATH OF THE WHATEVER FROM HIGH ABOVE THE THING.

btw, i think everyone should read this post It's a guide to LJ-etiquette

Hey,Internet, how are you?
I'm ok.

There's a ficathon happening at 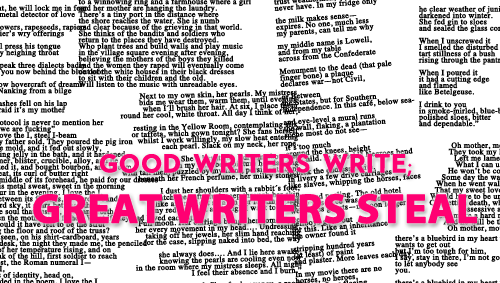 I haven't participated in one in a while
I haven't even been writing much
and I feel I could use the push.

I have a s0ft  spot for animals and I wish to help save this dog,
he is very cute
Help Save Oliver James! | Indiegogo

I just heard of a terrible accident. Six young people died in a car crash. they were volunteers with un techo para chile and were on their way to work when it happened.

it hit me very hard. I’ve been a volunteer for nearly 2 years now, working towards a better world, better quality of life for our people and it has been an incredible journey. It’s been amazing and life-changing. I love it,even if it’s hard,time consuming and all that.

I’ve heard people say that UTPCH is like a cult, because we’re always there, always talking about it, often time putting it above school and family and all that. Once you’re in, it’s really hard to leave. I first worked with them back in early 2000’s, and a  guy I knew was there already. when I returned in 2010, he was still there.

It’s hard to explain why it’s so addictive. It’s fun, there’s new people and experiences,  it gives you a chance to truly feel important,active. when you’re slaving away at school, sometimes you feel like it’s all pointless. sometimes life feel pointless. but when working there, it never feels pointless. we may not be able to end poverty but we can do something about it.

we can help people. and not by giving money or signing a petition or something, but we take an active role, and we get to actually meet the people we help. we get to know them, to learn about their lives,even to be a part of them.

all volunteers agree, that you get a lot more than what you give. you may build houses,teach them skills,help kids with their homework, but you get… I don’t even know how to put it. it’s like life points. I feel like doing this makes you understand why we live in a society. most of the time I want to go live in a cabin in the woods, but working at utpch makes me realise the whole point of living in society. I feel like it makes me understand how to be a better human.

I feel like I have grown so much there. I’m incredibly socially awkward but being there, with all these people around me, I feel like I can almost function as a human being. I feel like it has helped me with my awkwardness around people.

I’ve never felt like I fit in or belong anywhere, but at utpch I kinda do. I don’t feel judged or being awkward or weird.  family,school, all your background doesn’t really matters. you matter. how you behave. you work hard, you talk to people and you find you have a place there. you can do as much or as little as you want. you are encouraged to go to the office even if it’s just to hang out. it doesn’t matter why you are there, as long as you are. some do it cause they want to help, others cause it looks good on a resume or cause they wanna escape their family. it hardly matter how you get there. all that matters is that you’re there and that you work.

There, I feel like I am doing something important. it might be small, but it is important. and there’s something for everyone. if you have the will, there’s a task, a place for you.

There’s all kinds of people, and I think they’re all nerdfighters,even if they don’t know it. they are all people fighting to make the world better. and that work, somehow, makes you better.

I have a lot of memories of being hungry,thirsty,wet,cold,sleepy and unbelievably tired. it was during one working there I understood the phrase “when there’s nothing left to burn, you have to set yourself on fire” and they are some of my happiest memories.

It scared me to death,going to a place where I knew practically nobody, where I didn’t know if I would even be able to be useful, I kinda felt like I’d get in the way and make a fool of myself.

but I didn’t. and I didn’t chicken out and it was one of the best decisions of my life.

So now I feel really sad for these six kids cause I might not have known them, but I know plenty of kids like them. utpch volunteers. and I feel sad for them dying. cause in a way, it feels like they were friends.
Fear cuts deeper than swords

the newsroom’s world view, or a slight rant about an annoying trend I’ve noticed; not nearly as eloquent as it should be

but I do have a bone to pick with the show.

No, not the treatment of women.

my problem is the show’s overwhelming americanitis.

I understand is set on the US, written by and for them, and all that, but the americanities sometimes makes me wanna strangle it.

See, I like how it tries to bring back respect to the fourth power. how idealistic it is about journalism. I like Neal’s enthusiasm about the internet. in fact, I like Neal in general.

Like how he is a brit working on an american cable news show pitching stories about big foot and trolls.

I like how it tries to educate the public, how meta it can be about eating your vegetables.

I hate,however, how the show, and the show within the show, seem to think the world revolves around the states.

to News Night, I say: You are a News show. You are trying to be high brow and intellectual and yet all you report, all you care about is local news? I don’t think foreign news get to 10% of your coverage!

and because of that, the issues discussed in the actual show are always stuf happening in the states, not in the world.

I understand it in the case of Bin Laden, that you wanted to portray the huge deal it was because you were personally attacked, so who cares if the rest of the audience feels left out,right?

I’ve read of people crying with that ep, of feeling proud and patriotic, which is obviously something I’m not going to feel cause I’m Chilean.

but I wish the rest of the time you’d focus more on world news. remember the fact that we live in a globalised world and that hey,maybe we should see what the rest o the world is up to.

Neal’s episode with the riots in Egypt was good for that very reason. because it went beyond what you guys were up to and to something young people like myself can remember, regardless of where we’re from.

Sloan’s episode also dealt with global events and it was also really good.

but when you talk about Casey Anthony, I don’t know who that is. the date shows up and I think you want to remember that day in my history but I can’t cause I’ve never heard of Casey Anthony and May 27,2011, while it does bring up memories, not the ones you want.

It’s just tiring to see what your country is up to and what you think.

If I wanted to hear what a bunch of privileged white americans think, I could tune in to CNN.

I don’t want that, I want to watch a show about news-making in the modern world.

I want to hear more about Neal and his view of the world cause his is far more global than any of you.

There are things happening in the world, always and yet only look up when there’s something fucking huge happening?

dreadfulpenny81
Tea for two
If you could spend a day with any fictional character, who would it be and what would the two of you do?
Reply 272

That's too easy. The Doctor. no question.

What would we do? well, I don't know, do I? I could tell him, take me to...meet King Arthur or let's go to visit a planet made of chocolate but I'm sure neither of those things would happen. so it's best to get into the TARDIS and let her choose.

But I'm sure there'd be an awful lot of running.

Ticket to ride
If you could take an all-expense-paid two-week vacation to anywhere in the world with one friend or partner, where would you go and who would you take?
Reply 577

That's easy. London and my sister.

amphitritie
Family matters
How many brothers and sisters would you choose to have, and why?
Reply 587
This is kind of a weird question.
and the answer's 5.
cause that's the number I have and I can't imagine life any other way.
I love them all and wouldn't want to get rid of any of them, nor can I imagine having more.

Posted via email from I'm happy and sad, and still trying to figure out how that could be.

thelake at Purple Wednesday
IT GETS BETTER

It’s been decided. On October 20th, 2010, we will wear purple in honor of the 6 gay boys who committed suicide in recent weeks/months due to homophobic abuse in their homes at at their schools. Purple represents Spirit on the LGBTQ flag and that’s exactly what we’d like all of you to have with you: spirit. Please know that times will get better and that you will meet people who will love you and respect you for who you are, no matter your sexuality. Please wear purple on October 20th. Tell your friends, family, co-workers, neighbors and schools.

REBLOG to spread a message of love, unity and peace.